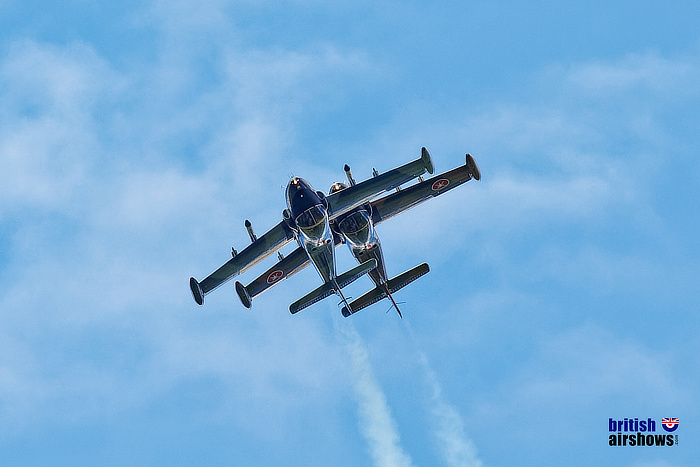 The Strikemaster pair in 2019

Message from the show

The 2021 Southport Air Show will not take place this year due to continued uncertainty over large scale events.

Sefton Council has made the difficult decision to cancel the popular Southport Air Show, which was set to take place in July, despite months of hard work and planning by the authority’s Tourism team and partners.

While this decision has not been taken lightly, we know that thousands of people visit to see our air show and Sefton Council continues to put the safety and wellbeing of our communities and visitors first throughout the COVID-19 pandemic.

Owing to the large scale of planning and preparations required for an event as large as Southport Air Show, work began in late 2020 with the aim of delivering the spectacular and jaw dropping weekend of aerial displays that is an icon of Southport’s events calendar.

Southport, Merseyside, is on the coast of the Irish sea, not far from Liverpool. There is a very deep expanse of sand. As well as the sand, another backdrop for the displays is the very old but modernised Southport Pier, the second longest pleasure pier in Great Britain.

Southport is unusual in three respects. Firstly, because the beach is so deep there are displays over the sand, whereas at other seaside shows the aircraft would always be over water. The second novel feature is that Southport charges, so you have to buy tickets to get the best views. Southport has managed to make this work, unlike unsuccessful charging experiments at seaside shows elsewhere. Thirdly, some light aircraft land on the beach before the main displays, so there are ground aircraft movements, whereas at other seaside shows all displays would fly in and fly out.

A number of factors have been considered in the decision, including safety of visitors and staff as well as the availability and quality of aircraft available.

A spokesperson for Sefton Council said: “The decision to cancel The Air Show has not been taken lightly.

“Keeping our visitors, communities, staff and partners safe remains paramount and is just one of a number of factors being at the forefront of this decision.

“At this time there is no certainty that the event would be allowed to take place on the scale that such an iconic event deserves.

“We have also taken the decision to delay the Southport Food & Drink Festival until later this year and will confirm a new date as soon as we can.

“While this is disappointing news to us all, we continue to do everything we can to bring incredible and amazing events back to our borough and we are working hard towards hosting the British Musical Fireworks Championship (September 24 to September 26) and a rearranged Southport Food and Drink Festival at Victoria Park, Southport.” 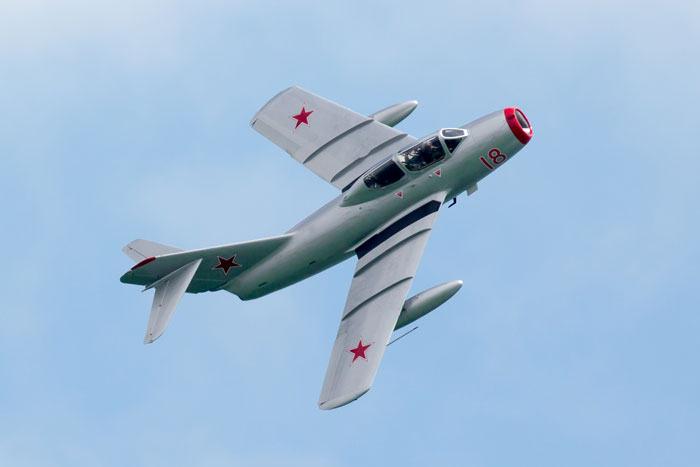 The Southport Airshow moved from its traditional September slot to the early summer for 2018.

There were no fewer than seven displays on Friday late afternoon and going into dusk, starting with the Red Arrows and ending with the Tigers Parachute Display Team, the Fireflies and Brendan O’Brien lighting the skies with pyrotechnics.

Over the weekend there was a balanced mix of civilian and military aircraft, with an emphasis on classic aircraft. Very unusually, the MiG-15 and Vampire pair displayed together in a routine with explosions on the beach.

Southport, Merseyside, is on the coast of the Irish sea, not far from Liverpool. There is a very deep expanse of sand. As well as the sand, another backdrop for the displays is the very old but modernised Southport Pier, the second longest pleasure pier in Great Britain.

Southport is unusual in three respects. Firstly, because the beach is so deep there are displays over the sand, whereas at other seaside shows the aircraft would always be over water. The second novel feature is that Southport charges, so you have to buy tickets to get the best views. Southport has managed to make this work, unlike unsuccessful charging experiments at seaside shows elsewhere. Thirdly, some light aircraft land on the beach before the main displays, so there are ground aircraft movements, whereas at other seaside shows all displays would fly in and fly out.

The Strikemaster pair are due to display on Saturday and Sunday

The Southport Airshow moves back to its September slot for 2019 after trying a July date in 2018. Flying at dusk on Friday will include the Royal Navy Black Cats, who will also display during the daytime over the weekend.

The Red Arrows are regulars at Southport but they will not display in 2019 as they will be on tour in the USA and Canada at the time of the show.

The show is, nevertheless, turning out to be quite a stunner with some unusual and very exciting displays including both the Viggen and the Tunnan from the Swedish Air Force Historic Flight, the T-33 'Shooting Star' from the Norwegian Air Force Historical Squadron, the Strikemaster pair, Richard Goodwin and a generous contribution from the RAF comprising the Typhoon, Tutor and Tucano and the BBMF Dakota, Spitfire and Hurricane. The Royal Navy Black Cat solo display will also be at Southport, one of only six shows in the UK to have their display in 2019. The flying displays are summarised in the table.

As well as the flying programme, there will be plenty of things to do on the ground including flight simulators, static aircraft, wall-climbing, assault courses and a diving tank. 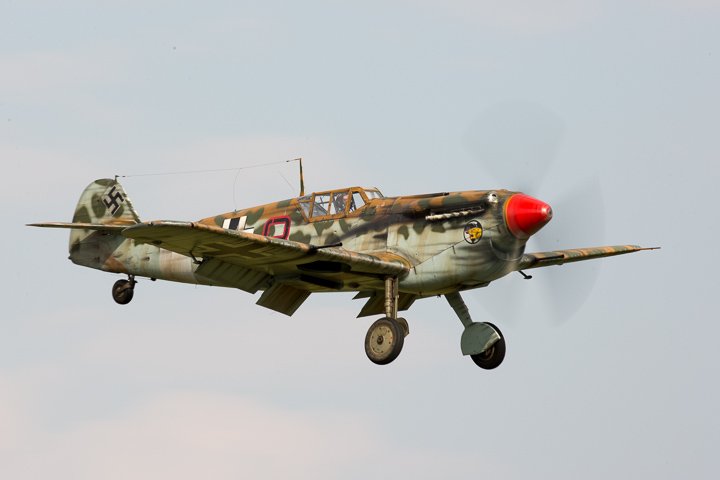 This will be the 26th Southport Airshow, which has been an annual event since 1991. The displays represent the normal seaside mix of military and civilian aircraft including warbirds, light aircraft, aerobatics and jets. On the ground enjoy static aircraft, children's entertainment, simulators, trade and military displays.

There is also due to be an evening programme on Friday 15th. The planned Friday dusk programme in 2016 had to be cancelled because of atrocious weather, so this will be a first for Southport.

The Red Arrows will not be able to display this year because they will be on an overseas tour but the RAF are otherwise attending in strength with the Eurofighter Typhoon and the Tutor display team, who have returned to the airshow circuit after a break in 2016. It was feared at one stage that the BBMF would not be able to display because of a problem with their Merlin-engined aircraft, but these, including the Lancaster, are now being returned to flight and the Lancaster is expected at the show.

Another highlight would have been the Sea Vixen but 'Foxy Lady' was damaged in a wheel-up landing at Yeovilton following a display at Duxford in May and is unlikely to fly again before 2019. Family favourites, a Breitling Wingwalker, will be there, however, and look out for spectacular night entertainment on Friday with the Tigers Parachute Display Team and aircraft lit with LEDs, releasing fireworks in flight.

Getting to the Southport AirShow

Use the postcode PR8 1RY until you get close enough to pick up the airshow direction signs. Follow the signs in preference to the sat nav once you see them, as there may be traffic diversions in place.

Northern Rail operate direct services to Southport from Manchester city and airport, Bolton and Wigan. Merseyrail go direct to Liverpool airport and city. From Manchester and Liverpool there are connecting services nationwide.

Accommodation near the Southport Airshow

Premier Inn have one hotel in Southport itself, another just outside, in Ormskirk and more in Liverpool and Preston.

The International Hotels Group have Holiday Inn and Holiday Inn Express hotels in Liverpool, Preston and Wigan, mostly between 14 and 18 miles from the show.

Travelodge have one hotel in Southport itself and more in Lytham St Annes and Blackpool.

Weather for the Southport Airshow area

Information for traders and exhibitors