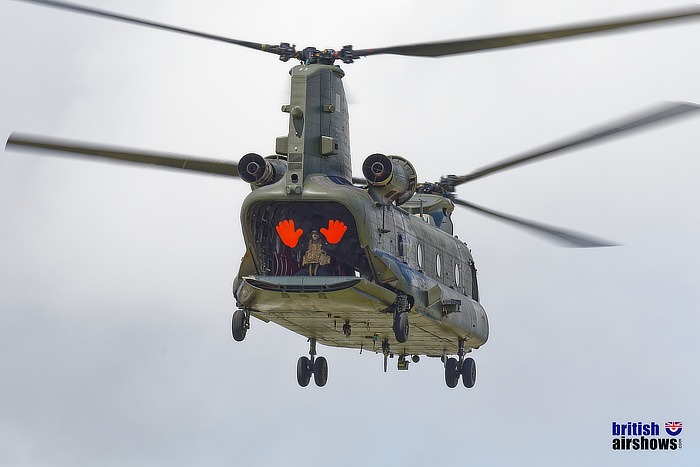 The Blackpool Airshow has been cancelled for the second year running because of remaining uncertainty about staging large events. The 2022 show will be on August 6th - 7th.

A free seaside airshow with afternoon displays of classic and modern aircraft over two days. The best views are from the promenade between the Central Pier and the Northern Victorian pier. 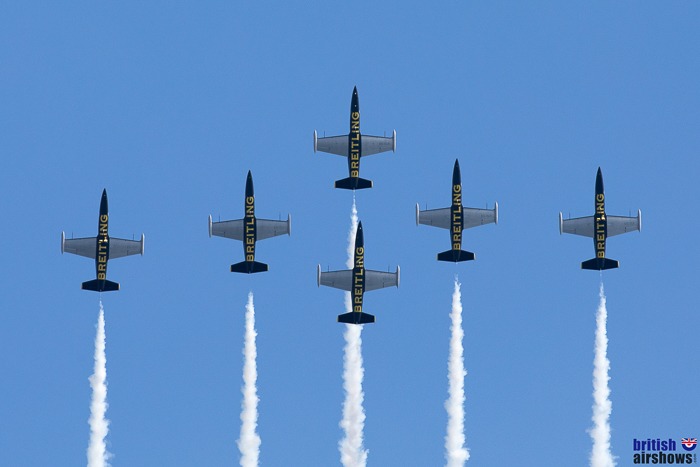 The Breitling Jet Team were due to display on both days - but didn't.

The Red Arrows are regulars but did not display this year, because they were on their North American tour. Jets were nevertheless due to feature impressively, with two of the most popular teams: a rare UK appearance by the Breitling Jet Team and the ever-popular 'Bring on the Noise' RAF Typhoon.

Unfortunately, the extreme weather conditions prevented any flying on Saturday and on Sunday a reduced programme did not include the Breitling Jet Team. One of their aircraft suffered a technical problem and the weather en route prevented the arrival of the others.

Everyone's other favourite, the RAF Chinook, made this one of just 13 locations nationwide to secure the display in 2019 and the other teams made special efforts to ensure there was a display programme on Sunday.

Date to be advised 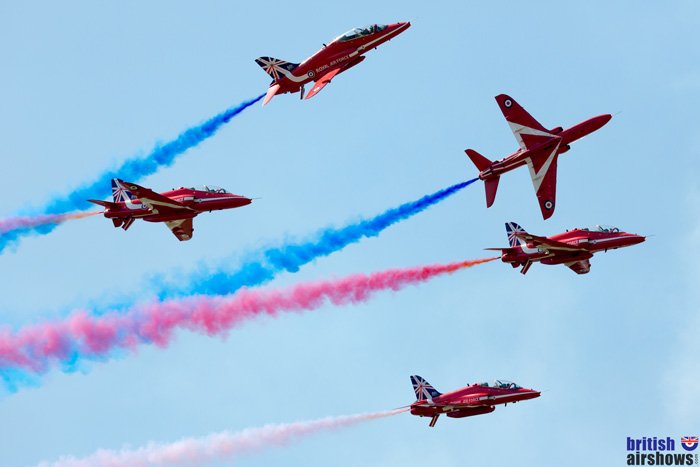 Free seaside airshow with afternoon displays of classic and modern aircraft over two days, centred just to the left of the North pier.

The Red Arrows will again headline the show but will display on Sunday only, although the 'bring on the noise' Typhoon will be there both days, as will the Battle of Britain Memorial Flight's Lancaster, Spitfire and Hurricane trio.

Earlier schedules suggested an appearance by the Strikemaster, but this is not in the current schedule and the owner has confirmed that it will not be at the show.

See the tables for the latest flying schedule and for the expected display timetable.

Getting to the Blackpool Airshow

Use sat Nav FY1 4BJ until you get close, but ignore the sat nav in favour of local direction signs as soon as you see them.

There are direct services to Blackpool North from Manchester, Liverpool and York. Services from London Euston, Birmingham, Glasgow, Edinburgh and other major cities go to Preston, from where there are about 4 trains an hour for the onward journey to Blackpool.

Accommodation near the Blackpool Airshow

There are two Premier Inn hotels near the beach; another two within three miles and a fifth in Blackpool East.

There are two Travelodge hotels in Blackpool and another in Lytham St Annes, about 5 miles away.

Weather for the Blackpool area

Not required. This is a free seaside airshow