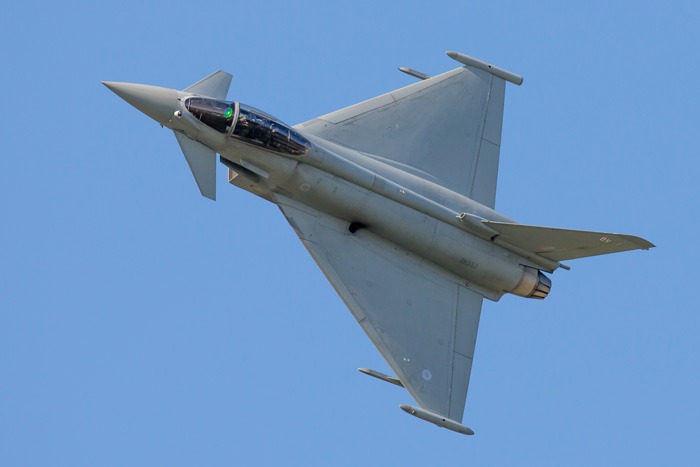 The inaugural Teignmouth airshow in 2019 was part of a family weekend of entertainment, including flying displays on the Saturday, a major music event featuring local bands on the Friday and a Family Fun Day on the Sunday.

The local authority decided not to support the event financially in 2020 but the organisers worked hard to find replacement funding until the show had to be cancelled because of Covid-19.

The Royal Air Force were very supportive in 2019, allocating the Eurofighter Typhoon, RAF Falcons and a Spitfire from the BBMF. Unfortunately, the Falcons were unable to participate after all, because the available landing area was not sufficient.

The other flying displays were The Blades, Will Greenwood's Yak 3 and Corinne Dennis in a Pitts Special, flying as 'Twirlybatics Aerobatic Flying Displays'.

Background to the Teignmouth Airshow

In the winter of 2018 a possible Teignmouth and Dawlish airshow was suggested, but by the spring it was clear that any such show would be deferred until 2019. The organisers of the Teignmouth airshow remained willing to discuss options with anyone wishing to promote a Dawlish element but in the absence of such a pairing the organisers at Teignmouth went ahead with a Teignmouth-only airshow.

It is always good to see a new airshow and the displays were creditable enough, although a schedule of just five displays might be fewer than many had expected. It is also possible that visitors were not prepared to travel as far to the show as they would to some other seaside airshows with more plentiful displays.

Before cancellation, the 2020 display line-up was also off to a very good start with no fewer than 3 RAF teams being mentioned by the show organisers but it remains to be seen whether an impressive line-up can be reproduced for the show in 2021.

Getting to the Teignmouth Airshow

Use Sat Nav TQ14 8BB until you get close, but ignore the sat nav in favour of local directions signs as soon as you see them.

There are direct trains to Teignmouth from relatively local towns, such as Paignton, and main hubs, such as Exeter, with onwards trains to all main lines including London, which is about 4 hours away.

Hotels near the Teignmouth Airshow

There are Premier Inn hotels in Newton Abbot (about 5 miles away) Torquay (9 miles away) and Exeter, about 13 miles from the show.

The International Hotels Group have two Holiday Inn Express hotels in Exeter, about 13 miles from Teignmouth.

Travelodge have hotels in Torquay and Paignton, both within eight miles of the show.

Weather for the Teignmouth Airshow area