More details of the 2022 Farnborough Airshow will be here when known.

It is unlikely that there will be any public days at Farnborough 2022 but do check Farnborough Airshow's own web site for authoritative details about all aspects of the show. However, there will be 'Farnborough Friday', showcasing the very best in science, technology, engineering and mathematics (STEM) and designed to give students, apprentices, graduates and young professionals considering a career in aerospace unprecedented access to the industry. The day will include air displays. More details are on the Farnborough Airshow web site.

The British Army Balloon School was established at Farnborough in 1905 and on 5th October 1908 the UK's first powered flight was made here by Samuel Cody in 'British Army Aeroplane No 1'. The airfield has been involved in aviation ever since, making it the first and the longest-established active airfield in the UK.

The airfield was owned and operated by the British Ministry of Defence (MOD) throughout the two World Wars and the Cold War, being used for flights, manufacturing and research & development. It was eventually declared surplus to military requirements in 1991.

TAG Aviation took over the running of the airport under contract in 1997. Under the brand TAG Farnborough Airport Ltd they have since taken over the freehold of the estate which, as well as remaining an operational airport, has become a centre of business aviation and home to some of the UK's largest aviation businesses as well as the Air Accident Investigation Branch of the Department of Transport.

Some highlights but disappointing overall

The first five days of the biennial Farnborough International Airshow are a trade show, when the wares of around 600 major and smaller manufacturers of aircraft and related supplies are displayed, sold and bought. The last of those days, Friday, is "Futures Day" when youngsters are given every opportunity to become enthused by aviation and other STEM interests. At the weekend the airport is opened up to the public for a traditional airshow.

Amongst the novel exhibits in 2018 was Richard Browning, flying above the runway over the public weekend using a lightweight 'Gravity Jet Suit', described as 'a miniature Harrier aircraft' with small jet engines mounted on each arm and behind his back.

Brooklands Museum were back at the show celebrating pioneers of aviation and the First World War centenary in their 'Brooklands Museum Pavilion'. Aircraft in the pavilion included a replica Sopwith Camel, Royal Aircraft Factory SE5a, a replica of the Bleriot XI that was the first aircraft to fly across the English Channel and the Roe I Biplane: the model that was tested by AV Roe on the track at Brooklands in 1908.

Futures Day at the Farnborough International Airshow is designed to stimulate and encourage young people aged 11 – 21 into an exciting career in the dynamic sectors of aerospace and defence. Held on the Friday of show week, groups from schools, colleges and universities are able to visit the Farnborough International. The UK Space Agency is participating in Futures Day which is also supported by the aerospace industry and STEM institutions, ensuring an informative and engaging day.

More displays to encourage STEM (science, technology, engineering and mathematics) were brought to the show by the Winchester Science Centre, including its mobile planetarium, the largest standalone planetarium in the UK.

The weekend flying displays featured a demonstration by two pilots from the Red Bull Air Race. Flying Edge 540 raceplanes, Italian pilot Dario Costa and the UK‘s Ben Murphy, former Red Arrow and former member of the Blades aerobatic team, reached speeds of 370kmh as they flew around an aerial racetrack, marked out with 25-meter-high inflated plastic pylons. This was the only chance to see Red Bull Air Race aircraft in the UK in 2018. Novel though that was, a much greater highlight for many again this year was the Harrier from the Spanish Navy and a fleet of Flying Bulls fixed wing and rotary aircraft, not often seen at British Airshows.

Tim Peake was back

Hugely popular at the Farnborough Airshow 2018, Tim Peake returned to the Farnborough International Airshow in 2018. He arrived on Friday, Futures Day, and participated in a programme of events especially designed to inspire young people from school, colleges and universities. He talked at length to students about working in the space sector and his personal experience of becoming an astronaut of the European Space Agency and his mission to the International Space Station in 2015/2016. Joining him on stage on Friday was Al Worden, Command Module pilot of Apollo 15.

Farnborough Airshow, the biggest trade airshow in the UK, is held once every two years. It lasts for a whole week. The first four days, Monday - Thursday, are trade days when £billions of international business is transacted. Friday is 'Futures Day' when youngsters are encouraged to attend and learn about aviation and associated sciences. At the weekend it becomes a public airshow.

In 2016 the show hosted the second appearance in the UK of the F-35 Lightning II jet, following its début at RIAT. The US Marines Corps brought two F-35B jets, the US Airforce two F-35As and one British F-35 came to the UK for displays, but only the F-35B was seen at Farnborough. One of them performed a flypast with the Red Arrows when the show was opened by the Prime Minister at 10.30 on Monday 11th. The mixed flypast with the Red Arrows was not repeated during the week but the F-35 did display over the public weekend, including the Friday's 'Futures Day'.

Weather was certainly the topic on the opening day, when flights had to be cancelled early, and the showground closed down, because of torrential rain, flooding and water ingress to several buildings, which affected the electrical circuits, causing the power to be turned off.

A huge effort over Monday night, including not only water clearance but necessary repairs and even carpet renewal, meant that the show was ready for business on Tuesday although there was further rain both then and on Wednesday, including a lightning strike close to the commentary position. Thursday was the first all-dry day but Friday returned to low cloud by airshow time and then rain stopped the displays again just after 16.00. On Saturday and Sunday the cloud threatened but the rain stayed away.

As well as the F-35 and the Red Arrows, weekend highlights included a phenomenal display by Rich Goodwin, complete with colourful pyrotechnics and the BAe Typhoon (not the RAF one). Another highlight for classic aircraft fans was the first display away from its home at the Shuttleworth Collection's Old Warden airfield since its restoration in 2014, of the De Havilland DH.88 Comet, a striking red inter-war racer that won 1934 England to Australia Air Race, for which it was designed, in 70 hours and 54 minutes.

As well as the flypast with the F-35B to open the show, the Red Arrows flew with the Airbus A350 and twice with the Airbus A400M. They also parked up very close to the Grandstand over the public weekend and interacted with the crowds who could chat with them and the 'Blues' and see at close quarters the preparations for flight.

On Friday and Saturday they also made a flypast break to land, but on Sunday they flew direct from their Flypast with the A400M back to Scampton.

Some in the crowd had not realised, despite the publicity, that the Red Arrows would not be making a full display, and seemed somewhat disappointed that the displays had been reduced to flypast only. Although the mixed flypasts with Airbus aircraft were welcome, it was a little surprising that they had not made more than one flypast on each day.

The reasons for the lack of the dynamic part of the show were understandable in the post-Shoreham caution but perhaps a few formations from part one of their normal display could have been offered to the substantial numbers who came from the exhibition areas to the crowd line especially to see them fly.

On Friday, astronaut Tim Peake was on the platform to talk to visitors and on the stage in the Space Zone to open Futures Day and answer questions from children. 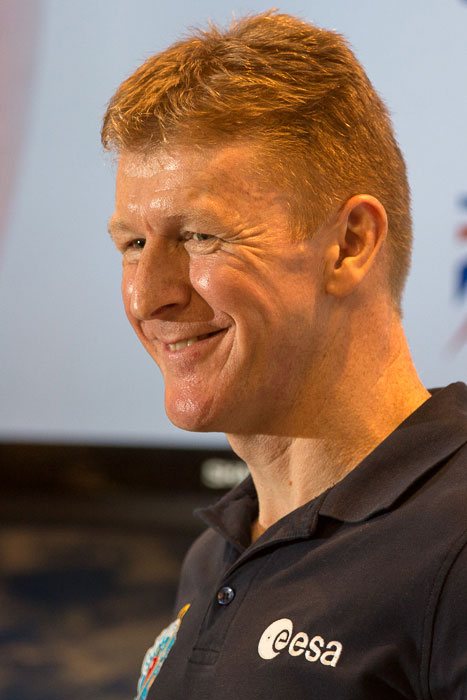 These were his first public appearances since returning from space.

He was back on the Live Stage on Saturday and mixed very freely with the crowds seeking his autograph.

For the first time in 2016, the UK Drone Show was held alongside the Farnborough Airshow. The latest drones and drone technology were on show to airshow visitors. There was a focus on the safe use of drones, careers in the drone industry and CAA drone regulations. As always at Farnborough, products were on display and there were presentations, exhibitions and speakers to further knowledge and awareness of this rising technology, hobby and business.

Getting to the Farnborough Airshow

There are signposted routes from the M3 and the A31. Use sat nav GU14 6FD to get near but ignore the sat nav in favour of the show direction signs as soon as you pick them up.

There is very little reserved parking on the airport itself. The vast majority of drivers will be directed to an off-site free car park with a free shuttle bus to the airport.

The Gatwick to Farnham train passes through several stations very close to the show: the nearest is North Camp. There is a free shuttle bus between the show and Farnborough Main, Aldershot and North Camp stations.

There may be special services to the show. See the show's 'getting there' page and local coach service providers for any details.

Accommodation near the Farnborough International Airshow

The location is already built in to the link but please check, and change as necessary, the dates, number of rooms and number of guests.

Premier Inn have hotels in Farnborough Town and Farnborough West. They also have another four in other towns within about 5 miles of Farnborough.

There is a Travelodge in central Farnborough and another five within about 5 miles of the show.

What the forecasts tell you

The Met Office 7-day forecast includes actual and "feels like" temperatures, the likelihood of rain, wind speed, wind direction, wind gusts and visibility: the latter can have an impact on the viability of displays.

Ticket information will be here when announced

Opening times have not yet been released