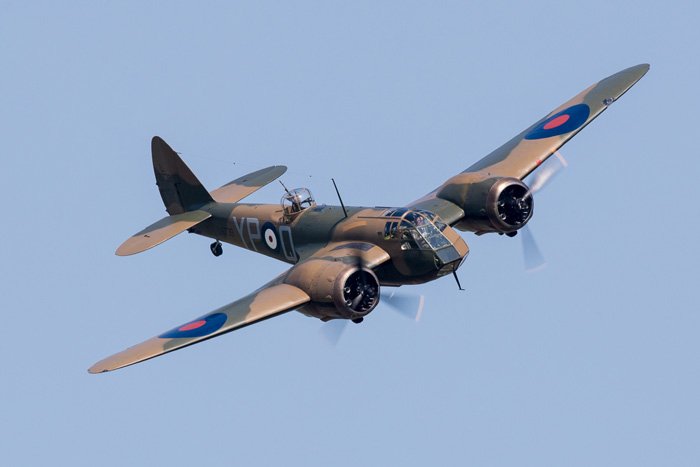 The Bristol Blenheim: one of the displays at the previous show at Ragley Hall in 2018

The Midlands Air Festival will return in 2021 to Ragley Hall, its original home, and where it was a massive success in 2018.

The format is expected to be the same as when the show was last at Ragley Hall in 2018 with a nightfire and evening display on Friday and daytime air displays at the weeekend.

The show already has over 100 balloons registered to take part in the 2021 festival, including over 40 special shapes. There are plans for twice-daily hot air balloon mass ascents. New for 2021, there will also be huge character kites in the form of various animals and model aircraft displays to go with the model balloon displays throughout the weekend.

Message from the organisers about 2020

Subsequent to the recent government announcement on curtailing large gatherings and our concerns for the rapidly changing developments of the Coronavirus pandemic, the organisers of the Midlands Air Festival have reluctantly had no option but to cancel this year’s event, which was to take place at Ragley Hall on the 29th to 31st May.

The health and safety of our visitors is of course our primary and overriding concern and throughout the last months we have already been including additional measures and mitigation in our event planning to protect our audience, pilots, teams, traders and volunteers. Sadly, the UK and worldwide situation has overtaken us and we have no option but to cancel this fantastic event for this year. All tickets purchased so far will be automatically refunded subject to our ticketing providers, See Tickets, standard terms and conditions.

Both James and I are extremely sorry for any justifiable disappointment and inconvenience this may cause but on the positive side, we and our team are already enthusiastically planning next years show, carrying forward the exciting surprises we had arranged and adding ever more spectacle to this unique event.

We are therefore delighted to announce that the Midlands Air Festival will return to our home of Ragley Hall on the 4th, 5th and 6th of June 2021.

In the meantime, stay safe and we look forward to seeing all of you back at Ragley Hall for another stunning Air Festival next year.

Camping and Glamping, as well as pitches for a caravan, campervan or motorhome will all be available. More details on their web site.

Tickets are available in advance only.There will be no tickets on the gate.

Ticket details are on the show's web site (click the blue text to go there).

Ragley Hall, a stately home eight miles west of Stratford-upon-Avon, completed in 1750. It is the ancestral seat of the Marquess of Hertford and is currently the family home of the 9th Marquess and Marchioness. 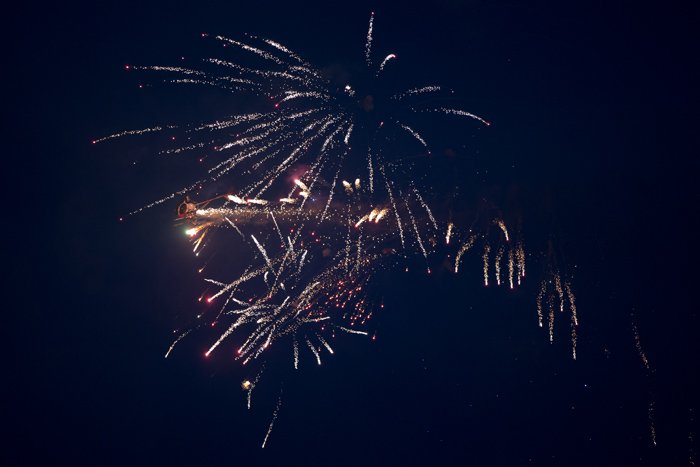 Brendan O'Brien's Otto was one of the dusk displays on Friday

In May 2019 The Festival was held at Arbury Hall, Arbury Park, Nuneaton. It featured a Nightfire and virtually all kinds of aviation over the weekend. Fascinating special shapes were amongst the balloons that took part in the night glow on Friday and two mass balloon ascents. Although there were cancellations, most of the aircraft also displayed.

Nightfire on the Friday evening featured a night time aerobatic air display with lights and pyrotechnics, followed by a hot air balloon glow: balloons inflated and burning to a choreographed music track and a fireworks finale.

Arbury Hall, set in lakes and parkland of over 100 acres, was built on the ruins of a 12th century Augustinian Priory and remodelled into the Gothic style in the second half of the 18th century.

The Bristol Blenheim: one of the displays

This new aviation event for the Midlands, featuring virtually every type of aviation, was a massive success.

Nightfire on the Friday evening featured a night time aerobatic air display with lights and pyrotechnics, followed by a hot air balloon glow: balloons inflated and burning to a choreographed music track and a fireworks finale.

Most of the air displays were on Saturday and Sunday. They included classic WW1 & WW2 fighters, high energy aerobatics, classic jets, flying circus, helicopters, a gyrocopter and a full hot air balloon festival with around 75 balloons, mainly special shapes.

On the ground there were trade stalls, catering, exhibitors, arena events and activities, including Battlefield South’s Commando laser shooting experience: free of charge on a first come first served basis. Ragley Hall itself was open and could be visited for an additional donation.

The flying displays are listed in the table.

Ragley Hall, a stately home completed in 1750, is the ancestral seat of the Marquess of Hertford and is currently the family home of the 9th Marquess and Marchioness.

Getting to the Midlands Air Festival

Use postcode B49 5NJ in the sat nav until you get close but ignore the sat nav in favour of local direction signs as soon as you see them.

Statford-upon-Avon train station is about 8 miles from Ragley Hall.

Accommodation near the Midlands Air Festival

There are three Premier Inn hotels in Evesham and Stratford-upon-Avon (roughly 9 miles away) as well as several more a little further out. The International Hotels Group have a Holiday Inn Express in Redditch, about 8 miles from the show and one in Droitwich Spa, about 11 miles away.

There are two Travelodge hotels within 10 miles, the nearests at Stratford Alcester less than 2 miles from Ragley Hall, and there are a few more slightly further away.

A forecast from the BBC

In advance only - no tickets on the gate. Ticket details are on the show's web site

For links to travel and route planning web sites, click the 'Getting there' tab

Click the blue text for the show's application form for traders.