When the new charges were introduced for the 2016-2017 season, there was a promise that they would be reviewed. At the British Air Display Association symposium in November 2016 the CAA said:

We made the point in our original commentary on the proposals before they were put in place last year (see here) that the charges would be particularly difficult for small shows, especially single aircraft shows, for whom the cost represented a 100% increase from £187 to £374.

In our Summary of Issues we suggested that there should be a separate charging band for single-aircraft shows.

The new charges have been difficult for airshow organisers and airshow fans. There is no empirical evidence yet, but it can be surmised by comparing flying displays schedules, ticket prices and new car parking charges that the number of displays at some shows was lower than would have been the case and that the cost to enjoy some shows is higher.

We think the implementation of new safety rules has had an even greater impact on the bigger shows than the new charges. Nevertheless, we remain concerned about the impact of the charges on the future of the smaller, especially single-aircraft, shows. These may be village fêtes, charity shows or private displays, perhaps to celebrate a special occasion.

Our original suggestion was that the airshow application charge should be at the 2015-16 level of £174 for all shows with 1-3 flying displays. An alternative suggestion is that the current (2016-17) £374 charge for 1-3 aircraft displays should be replaced with a charge of £124 per aircraft. This alternative suggestion would be cheaper for single aircraft shows. It would be dearer than the originally-suggested £174 for up to 3 aircraft if a show has two or three aircraft. It may, however, be more acceptable to the CAA.

Whichever of the suggestions is favoured, we encourage all airshow supporters to impress upon the CAA, as they continue their review of the charging structure, to consider the impact on show goers, pilots and aircraft operators and to adopt a structure that is less threatening to single-aircraft and other small shows.

The CAA have published their response to the 534 comments submitted during the consultation on airshow and air display charges. At the same time they published the new schedule of charges, effective from 1st April 2016.

Some specific responses to the Consultation

The Honourable Company of Air Pilots
The Royal Aeronautical Society (their response is no longer accessible online).

The government response to the petition.

As anticipated, the response is effectively an acknowledgement and a reference to the consultation.

The original article on the consultation (beneath this summary) has more detail, but I also offer the following summary and thoughts.

Summary of issues with the proposals and some opinions

The CAA consultation ended on 29th February. See above for a summary of the CAA's response. 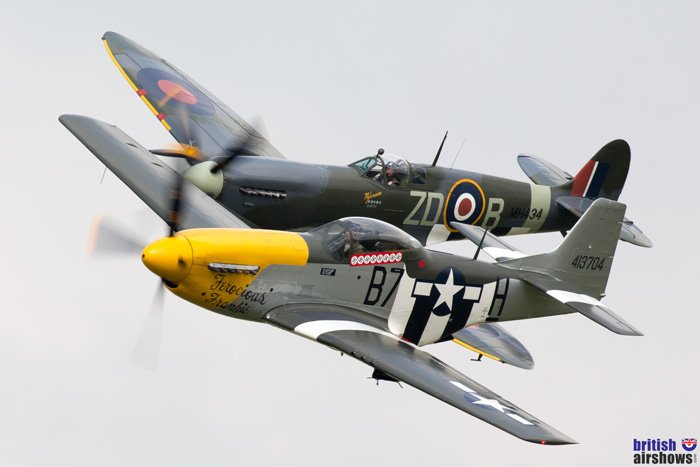 At the beginning of February the Civil Aviation Authority (CAA) released an important consultation document. It details increases in the charges it intends to impose on the organisations that run airshows and people who fly in them.

The CAA has cited two reasons for the charge increases.

The full list is at Appendix A of the consultation document, so will not be repeated here, but a few examples will illustrate the impact. Even the smallest show, with up to 3 display items, will see an increase from £187 to £374 [total corrected - thanks to Ian Gallacher] in the fee to make an application to the CAA for permission to organise a display. This represents an increase in total fees of 100%. At the other end of the scale, the largest shows with 31 or more displays face a 657% increase from £2695 to £20,390, including the post-event charge. The CAA says that this scale of charges is for the coming season only and will be reviewed again for the 2017/18 season.

There is also a proposal to double the fees charged to civilian pilots to apply for, or to amend, their display authorisation.

The work by the Air Accident Investigation Board (AAIB) and the CAA to investigate the tragedy at Shoreham is necessarily painstaking. Most people involved with airshows consider the actions taken by the CAA in the wake of that incident to be tough but understandable. It is accepted that this work has cost money and inevitable that the CAA's costs following the introduction of any additional measures will increase further. Those increased costs have to be met. The CAA is not funded by the tax payer. It is self-funding. If it doesn't meet its airshow costs from airshows it has to recover the shortfall from its other activities. It has to increase airshow costs at some stage if the airshow element is to be self-funding. Some increase in the amounts recovered would, perhaps, have been accepted. However, it is not essential within their operating rules for the airshow element to be totally self-funding straight away. It is possible for the CAA to fund the shortfall from another of its activities, at least for the time being. 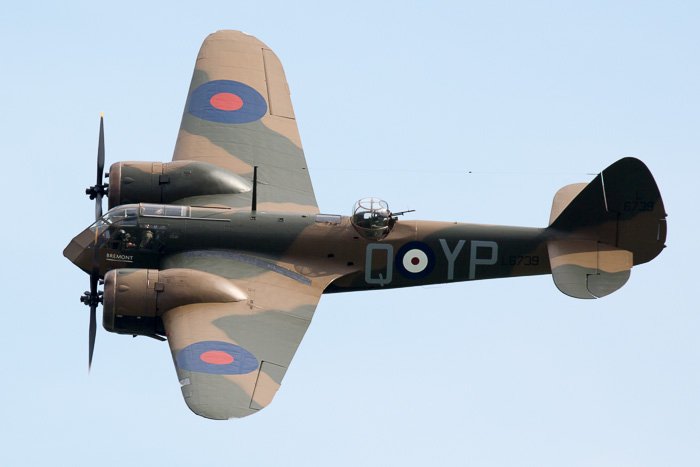 A few shows have responded by explaining how difficult it would be to meet the proposed new level of charges. Most have yet to publish their reaction to the proposals. We expect that those who will suffer most are the very small shows with relatively low attendance, and consequently limited scope for increased charges, and those who have no income from ticket sales at all; in particular the free seaside shows.

Whereas the larger shows might be able to recover extra costs through ticket pricing (but not this year because it is too late) the smaller shows, in terms of crowd capacity rather than numbers of displays, would be affected disproportionately. Their fees will be raised considerably if they have busy flying programmes but there are fewer ticket-buyers to share the burden of the increases. These lower-capacity shows in particular need either lower fees or at least a more gentle phasing of the fee increases.

The very small shows, such as the private shows for personal or company events that may only have one display, will have an increase of 100% from £187 to £374 [total corrected - thanks to Ian Gallacher]. There are two issues:

These issues would impact on the viability of these small shows and on the ability of the pilots to continue this kind of display.

There should be a separate band for single-aircraft events, with fee increases limited to inflation.

If airshows fail altogether, or attract fewer people, those benefits to the local economy, the charities and forces recruitment would be lost.

There is an irony that one part of government (of any colour- we are not being partisan here) makes grants to authorities to help with regeneration schemes to aid struggling local economies, whilst another authority (the CAA is a self-funding public corporation supporting the Department for Transport) could damage the valiant work the authorities themselves already do to generate local interest and income.

Some may argue that any fee increases at all are unaffordable. However, the cost of going to airshows is, and will remain, excellent value. At an airshow there is virtually a whole day of spectacular entertainment, in the air and at the showground, for a fraction of the cost of a ticket to a major football match. In their own CAA statement on the consultation the CAA have suggested raising ticket prices as a solution. However, there are problems with meeting the proposed additional fees from ticket sales in 2016/17:

I have referred here only to a few of the major discussion points. I do not propose to rehearse in detail the discussion on the new charges. These have already been well publicised from professional and personal viewpoints. There are links at the foot of this page to some of the articles that have been written about the consultation, where you will find a lot more background that does not need repetition here. My purpose is to look instead at some of the options open to those who believe that the proposed scale of charges, or the way it is to be implemented, may be damaging to the airshow industry, hobby or community.

The British Air Display Association (BADA) recently held a symposium at which the consultation was debated and are discussing the proposals with the CAA. BADA represents people directly involved in airshows: organisers, promoters and pilots amongst others, so their discussions should carry most weight. But it is also important for the show-attending public to make their views known. There are several ways this can be done.

The option that has received most publicity is to sign a Petition.

There has been huge support for this petition amongst airshow commentators, airshow fans and celebrities. I am aware that to say anything other than to support the petition, and call upon other to support it, risks offending many people. Nevertheless, and without intended to discourage participation in the petition, I will list some of my thoughts about it, favourable or otherwise: 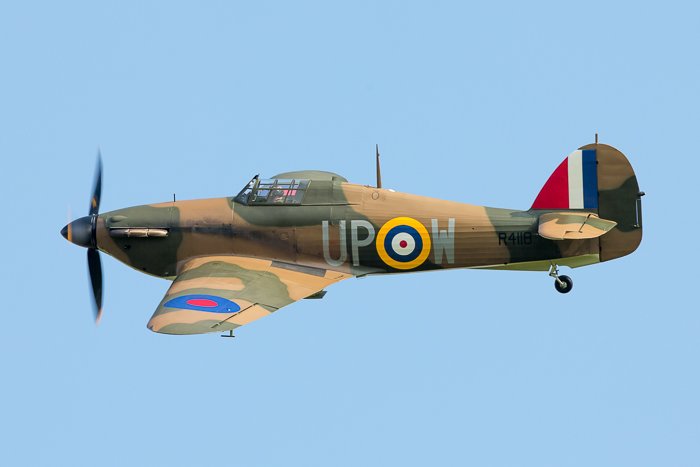 The decision-makers will be influenced by reasoning, not by 'rallying calls'. They will also know whether any 'rallying' statements are accurate. I have seen comments implying that five or more shows have already been cancelled because of the proposed increases in charges. The list included Manchester - which decided to cancel many weeks before the charge proposals were announced and has itself stated that the charges were not a factor in the decision - and a show that has not cancelled at all. When the responses to the consultation are considered, any incorrect or exaggerated claims will not be helpful. They will be identified as irrelevant and are more likely to devalue the case against the proposals than to strengthen it.

If there is a debate in Parliament make sure your local MP knows about the impact it could have in their constituency, especially if it is an area where there is an airshow, or in a neighbouring area where many businesses, especially hotels, other services and retailers benefit from increased numbers of visitors.

Airshows provide an inspiration to young people, many of whom are moved to join the RAF or to enquire about enlistment in the other services that are frequently represented at shows.

The armed forces spend a large amount of money on recruitment. As airshows are known to be an effective recruitment tool, there may be scope for a contribution from the MOD recruitment budget, in addition to the costs they already incur supporting shows.

The CAA have issued a 'Factsheet' (CAP1382) on the Consultation, which repeats their suggestion that the extra fees can be recovered through increases in ticket prices. This ignores the three principal points in our suggested response to the Consultation:

The thoughts in this article are the personal reflections of David Titherly. The comments are based on the way I see the situation and I offer them to contribute to the debate. They are not authoritative statements and may be incorrect in fact or in law. If you know that any of the comments are factually incorrect, please let me know and I will correct the mistake.