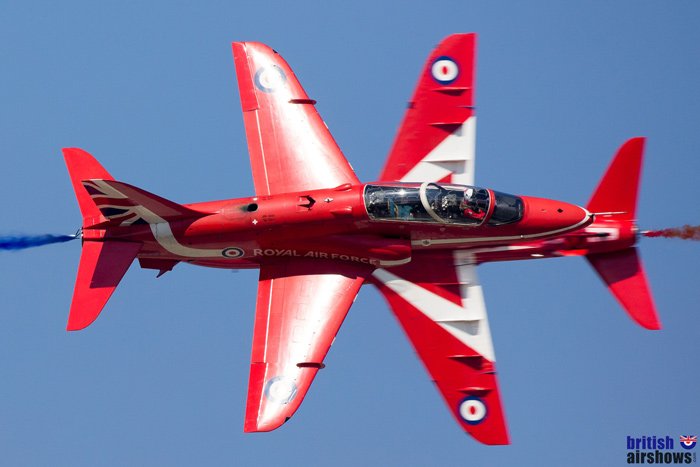 The Red Arrows are regular supporters of the show

The date for the Torbay Airshow 2019, June 1st and 2nd, has been set and widely publicised. However, the Council is short of cash and may not be able to afford the contribution on which that show currently depends.

In the short time since it started in 2016, the Torbay Airshow has become extremely popular, pulling in crowds of 165,000 over its two days in 2018 and benefitting the local economy to the tune of £7 million.

It is also very well supported by the top teams: not least the RAF who always make a strong contribution, which included the Red Arrows, the Battle of Britain Memorial Flight and the Eurofighter Typhoon in 2018. Despite its youth, it has already become an invaluable element of the airshow calendar. It is generally the first free seaside show of the year and often the first display of the season by major teams such as the Red Arrows.

Torbay Council had agreed to support the airshow for five years with funding of £100,000 in 2018; £90,000 in 2019 and continuing to reduce by 10% each year for the rest of the commitment. However, the Council now has a forecast overspend of £2.8m and can no longer afford to honour the undertaking. Unless the shortfall created by the Council's missing £90,000 is made good by the public, the voluntary sector or business, the 2019 airshow may have to be cancelled.

Officers will report to the 'Policy Development and Decision' Councillors at a meeting on 3rd September outlining the position. Councillors will also be advised that, if the show is cancelled, it is unlikely to return in the short term.

About a month has been allowed for discussion with others about making good the shortfall, before the outcome is reported back to the same Policy Development and Decision Group at a meeting on 1st October. The destiny of the Torbay Airshow should become clearer then.

There is also a report on the web site of Radio Exe.