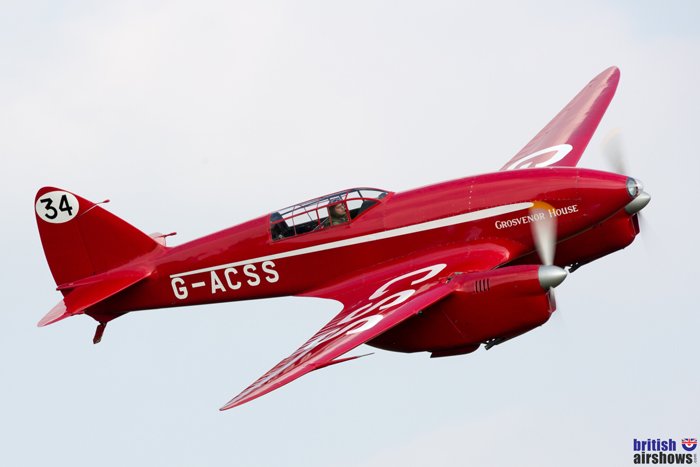 Originally planned was the 23rd Flying Proms, blending exquisite flying in display sequences with classical music played by a live orchestra in the atmosphere of a British Proms.

However, the Covid-19 situation changed the format, which became the Drive-in Magnificent Musical Flying Display. Star flying displays were to be the BBMF Lancaster and a flypast by the Red Arrows, but these and other displays were cancelled because of the weather.

Although the Swiss Garden has been closed during earlier shows, it was open from 14.00-19.00 (no dogs) and vintage bus rides also returned. The house was also open for pre-booked tours.

It was a difficult and disappointing day for all the pilots, engineers and ground crew who were poised throughout the event to take advantage in any improvement of the weather to meet the legal minima for display flying. We hope you will be able to enjoy a fuller air display at Shuttleworth and would be delighted to send tickets for any airshow in the 2021 season to any disappointed ticket holders from this event.

We don’t yet know what format these shows will be in – whether the Drive-in or one of our traditional air displays, but get in touch for a voucher with your unique ticket number and we will contact you when our plans are more certain.

Expedia list a good selection of smaller, as well as bigger, hotels and will find accommodation in villages and small towns as well as the main centres. They also give, and take, Nectar points.

Sat Nav SG18 9EP
Driving directions
For links to travel and route planning web sites, click the 'Getting there' tab