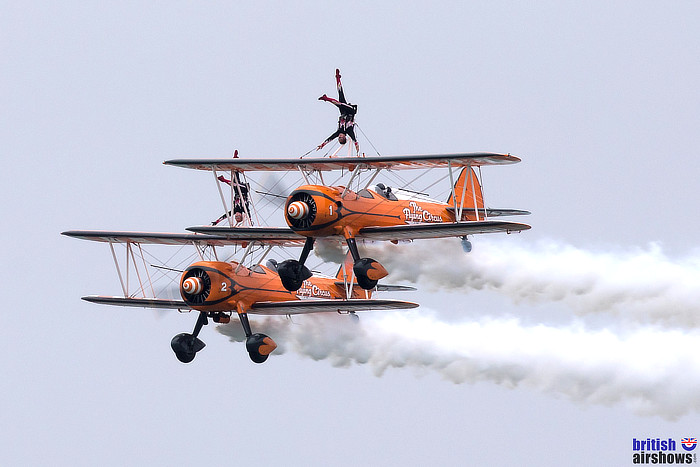 Shuttleworth normally hold their Flying Proms airshow in August. This was replaced by the Drive-in Magnificent Musical Flying Display in 2020, although the weather devestated the flying.

For 2021 the August evening show became a Flying Circus. In the air were barnstormers, wing walkers and pyrotechnic aerobatics. On the ground there were circus performers and a huge firework display.

New arrangements enabled pedestrians, others without a car and small groups to attend shows at Old Warden.

Everyone also needed an airshow ticket.

Full details were on the show's web page.

Sat Nav SG18 9EP
Driving directions
For links to other travel and route planning web sites, click the 'Getting there' tab